I wasn’t planning on posting today…

…but then the FedEx guy brought us a package. 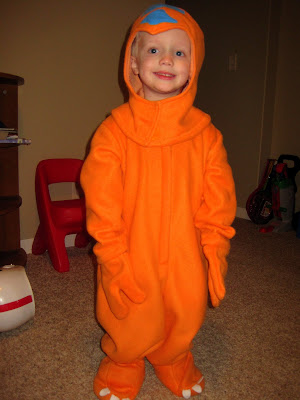 A while back, I entered a contest that I found on PBS Parents. The contest was to win a Buddy the Dinosaur costume from the show Dinosaur Train on PBS. All you had to do was tweet about it – yes, I’m on Twitter – and you were entered in the contest!

Well, they announced the winner not too long ago and I forgot all about it. Until I got a message yesterday that said the winner had been disqualified and we had won!

I sent them my contact info yesterday afternoon (after 5:00!) and the box arrived this morning! Talk about speedy service!

I did not tell Jeremiah about it, so the package was a big surprise for him. And when we opened, he was SO excited!

Of course, he had to put it on right away and model for everyone… 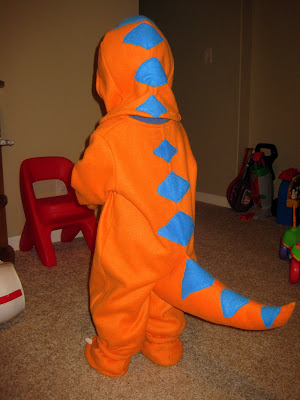 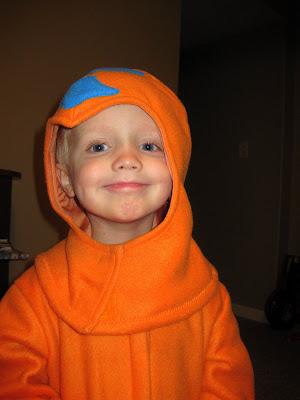 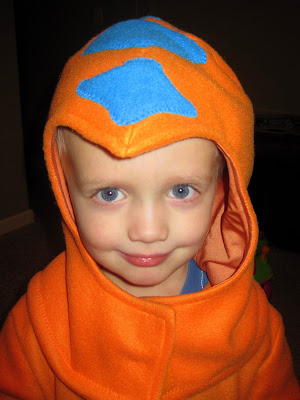 And these feet did a lot of stomping around the basement this morning! 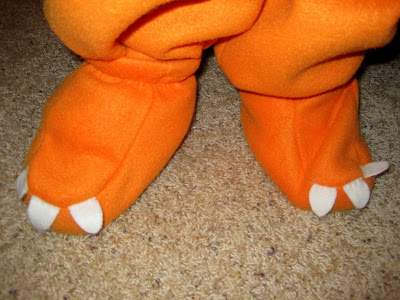 Thank you so much to the Jim Henson Company for this amazing costume! It will be getting a lot of use! Especially this weekend!

If you want to make your own Buddy costume, the Jim Henson Company has two ways to help: a costume pattern (available in two different sizes) and a no-sew costume option. Check them out! Super cute!