Such an interesting and thought-provoking chapter this week in Seasons of a Mother’s Heart on sympathy and our children!

I had really never thought of sympathy as something I needed more of as a parent, but this chapter really opened to eyes as to what sympathy looks like as parent relating to a child.

And I definitely need more of it as a parent.

I saw this several times this week. I recognized several times where I reacted to a situation and it escalated. Yelling from both sides. It was not pretty.

On top of the sinful nature of all of us, the boys and I were all tired this week as well. There was extra disobedience, more tears, and lots of miscommunication.

So I tried to understand a disagreement rather than immediately disciplining what a fight broke out between the boys. I tried more talking. I tried more hugs.

Hugs work, my friends. They really do.

Just now, as I write this, Big J came to give me a hug. I told him, “You know what, bud? You can NEVER give me too many hugs.”

And a little game and lots of smiles began. Success.

“Express your affection, affirm their achievements, understand their disappointments, calm their fears. You cannot verbally love and appreciate your children too much.”

Little J brought me a castle he built. It was only made up of three different pieces, but when I told him how much I loved it, his face beamed.

Big J “accidentally” wrote one of his spelling words in crayon, realized he wrote one of the letters backwards, and then became very upset because he couldn’t erase it. Instead of getting mad about the crayon – he already knew he should have used his pencil – I offered a way to fix it. Even after we fixed it, he was concerned people would laugh at the part scribbled out on his paper. I offered to not post the test on the fridge as we always do and the situation was resolved! 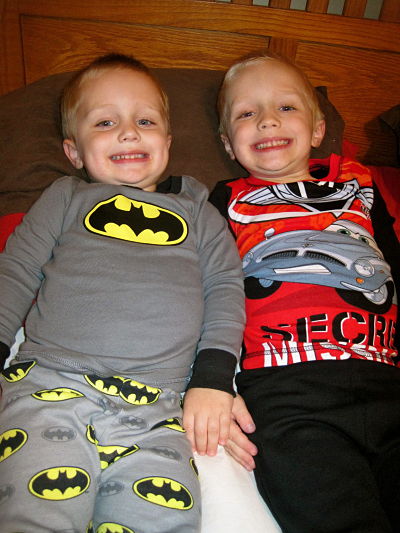 Look at those smiles – maybe I am getting a little of this sympathy thing down – I just need a LOT more of it!