That’s Not From Me

He’s a husband, father, med student and guest poster – welcome The Hubby once again! And he’s talking about – talking!

Do you ever watch your children and wonder if a behavior is from you or from your spouse?

When Big J lines up his cars in a perfectly straight line, or wants all his shoes to be organized in his closet – clearly, that is from me, his daddy.

But when he sits at the table, taking nearly 90 minutes to eat a meal – that is NOT from me.

It’s not because it’s hard to chew, or he has an enormous appetite. It’s because before, during (sometimes twice), and after each bite, he has something to say.

But this is not just inquisitive. It is non-stop. The boy just loves to talk.

At church. At the store. During dinner. At bedtime. While going to the bathroom.

One time he talked so much during dinner that he had to take TWO potty breaks before he could complete his meal.

Now I know I shouldn’t just blame this on my wife.

But she admits to it. Her grandparents PAID her as a child when she would get a report card that DIDN’T say “talks too much in class.” So yes, it’s from her.

I joke that she could have a conversation with a doorknob. It’s one of the many great things about her.

Big J, I’m happy that you are taking after your mom. 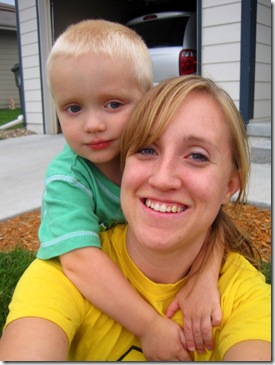 Just please try to cut your eating time in half.

90 minute meals are just too long.

Are your children talkers?