We’re celebrating Fair Trade Tuesday today by sharing a new organization I discovered through one of my readers, Kari!

Trades of Hope partners with women and groups in 13 different countries to sell their handcrafts here in the United States! Kari is one of their compassion entrepreneurs, sharing about Trades of Hope online and at home parties!

A common question that is asked about Trades of Hope is “What percentage of the sale goes to the artisans?” There actually isn’t a set percentage, as prices vary widely all over the world, so I thought it’d be good to explain the way this works!

To start, when Trades of Hope works with an artisan group, that group is able to earn 3-6 times more than what their local economy would pay them. This is huge, especially when you consider that their alternative is typically prostitution or giving their children up for adoption or begging.

When Trades of Hope places an order (to hold here in the U.S. for selling and shipping to customers) they pay the artisans 50% up front, so they can get paid while they work, and then pays the remainder upon delivery. The artisan group sets the price at a fair wage, so they are able to provide much more for their family, including food, shelter, medical care, and education. Trades of Hope pays the artisan’s asking price.

And when Trades of Hope offers a sale, they are the ones who take the hit, as the artisans have already been paid. The faster the product sells, the faster we get to go back and re-order, giving more money to the artisans. 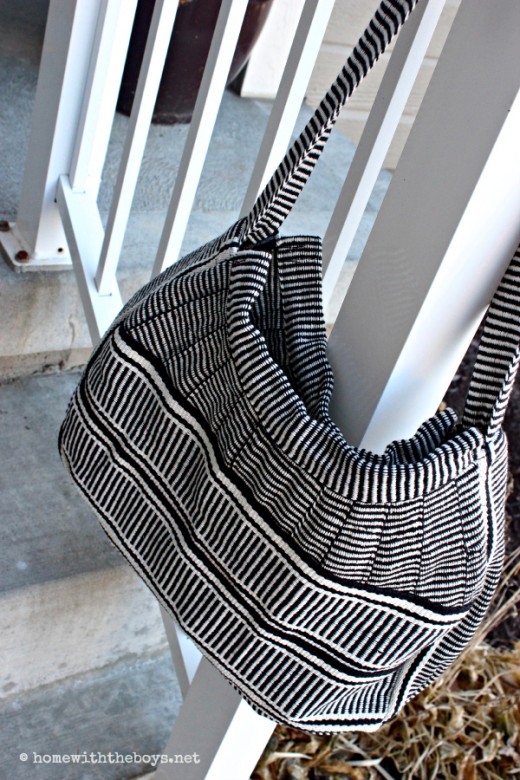 The Sonia Striped Bag immediately caught my eye because of the black and white pattern that is such a hot trend, but also always in style! But also because of this story behind it…

This beautiful handbag is made by artisans in a Leprosy Colony, located in India. All the Artisans either have leprosy themselves or their family members have leprosy. Those with Leprosy have disfiguring skin sores, nerve damage, and progressive debilitation. Leprosy is totally curable. Sadly, when one makes less than two dollars a day, they just cannot get the simple cure. All those making the products are in a loving environment and have been cured so that they are no longer contagious.

Those who were treated for Leprosy in the hospital were either unwelcome back in their own homes, or thought they would be unwelcome and chose not to return home. Because of this, they settled in simple huts made of mud beside the railway land, slowly forming a community. In their own small community in India, they are secure and do not have to hide their disabilities and disease! Lives are being transformed, as they are learning how to hope and feel valued once again!

***Every person in this community who has had leprosy has been treated and no longer has the disease or the ability to spread the disease, so there is no risk to anyone who buys a bag made from the colony. Also, leprosy is completely curable! If caught early and treated properly, the patient need not even become disabled at all. They becomes non-infectious about a week after the first dose of multi drug therapy. 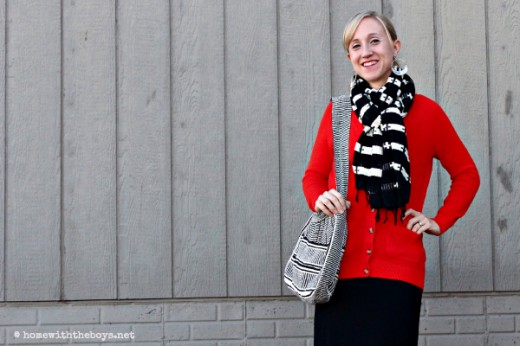 It really is amazing to hold the bag and know that God is changing the lives of people who made it! 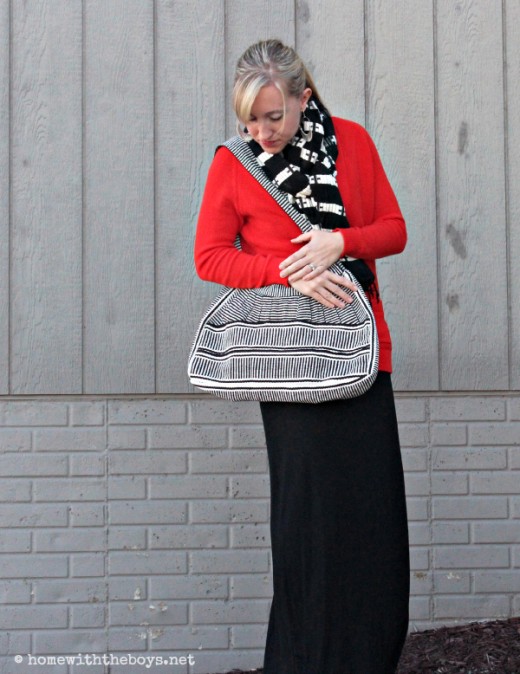 As far as the bag goes, it is a GREAT size. It holds a lot without being too big. The handwoven material is beautiful, yet very sturdy. And the bag zips shut! A bag that zips shut is very important to this mama!

If you would like to order the Sonia Striped bag for yourself, Kari has generously offered to give you 10% off the bag’s original price! Just send her an email klseibel at gmail dot com and she’ll take care of you!

Trades of Hope is also having a sale today for Fair Trade Tuesday on the Runner of Gold and the Cambodian Ornaments, both of which are 50% off. There is also free shipping through the month of December for orders over $100!

Where are you shopping fair trade today?

Besides Trades of Hope, we also love fashionABLE, The Root Collective, The Mocha Club, Noonday Collection, and Johari Creations! Shop to make a difference today!

Fall outfits are my FAVORITE! 🍁 So many layers,

Cozying up in ALL the comfy loungewear! Just makin

Running in the SNOW with this hottie today! ❄️